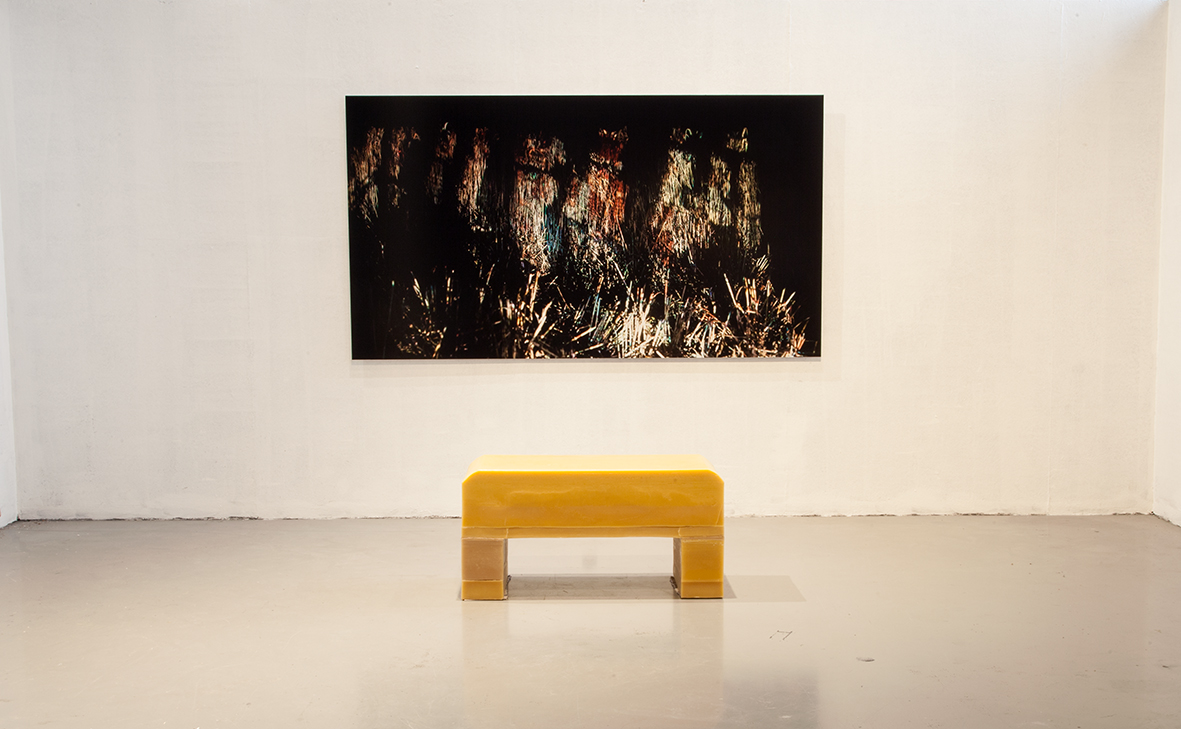 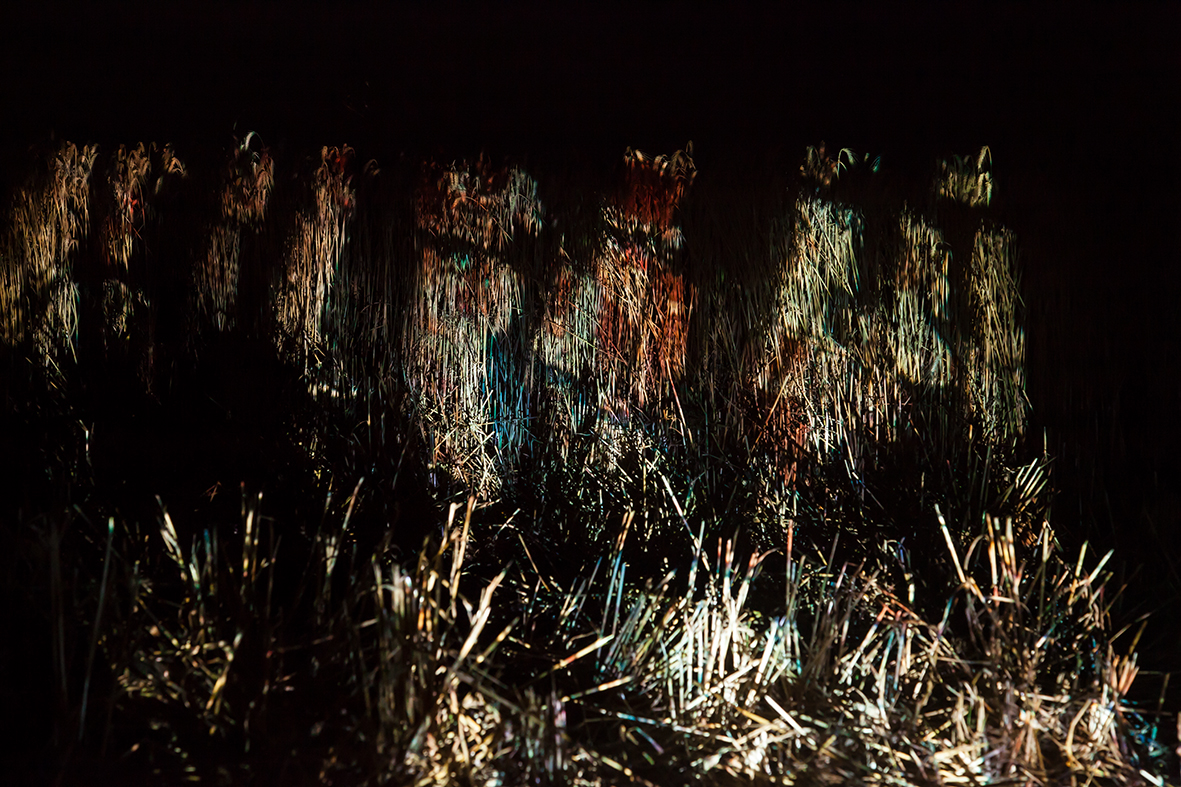 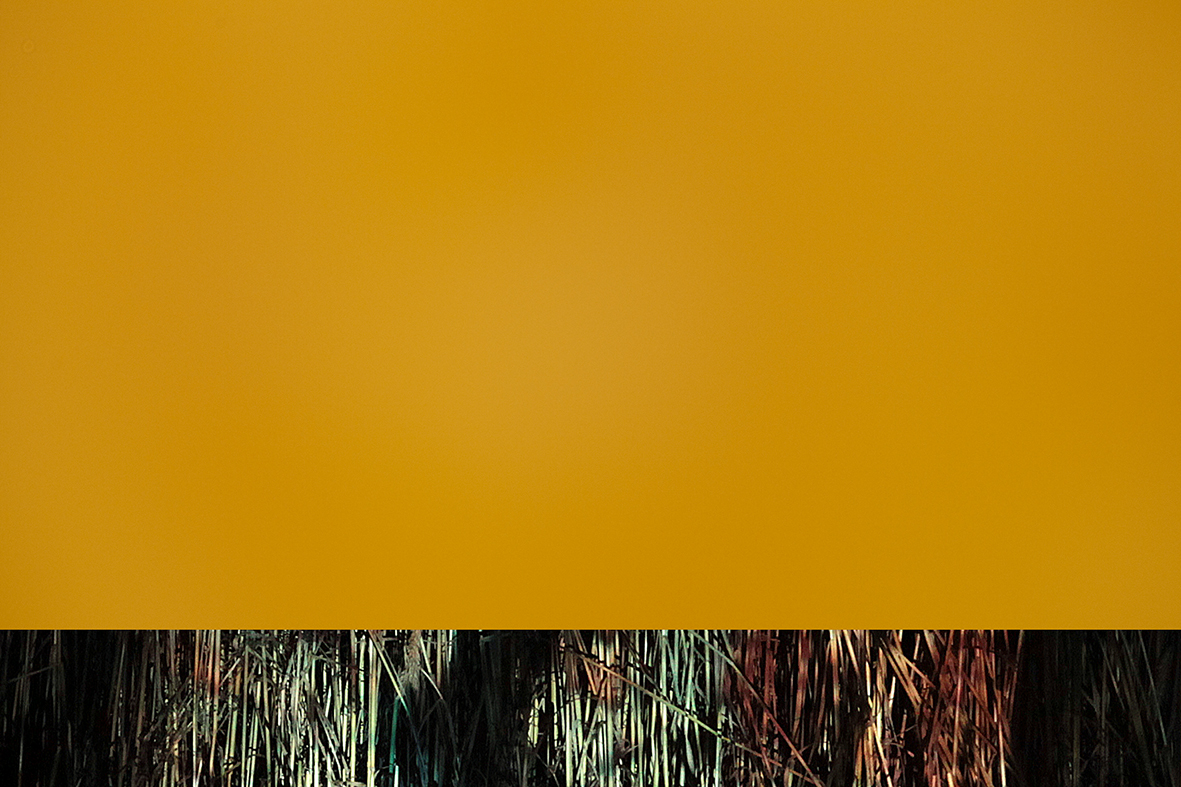 rest in a wheatfield

was created from the urgent need to create a vision in space. the vision that all humans have enough to eat, to start a social life. humans need at least 2 meals a day to live a healthy and productive life.

the wax bench has a very simple form with rounded edges. it is solid and has a wooden core to stabilize it. the material used is a mixture of beeswax and other natural waxes. the initial idea was to bring a piece of pure beeswax to the exhibition/installation. so big, that one could sit on it. from this idea, the existing work came to be. the bench leads to its original function. it is intended as an object of commodity and can and should be used as such, it invites to rest. to spend time there and to get new impressions. a place of quiet and contemplation. the wax, to me, is a metaphor for a functioning  environment, in a world in which there is wax, bees live. where bees live, fewer chemicals are used.

walking through the wheat

this work was created in relation to the work block fieldworx and mud pie. the photograph projected in this picture shows a screenshot from google maps. it shows streets from a very poor district in Port au Prince (Haiti), which was almost completely destroyed in an earthquake (2010). a symbolic act, in which a district, whose inhabitants face challenges to secure sufficient food for survival everyday, is set in a wheat field. the screenshot shows a district of Port au Prince destroyed in the earthquake. it is the district in which the video, the main topic of the work mud pie, was shot.