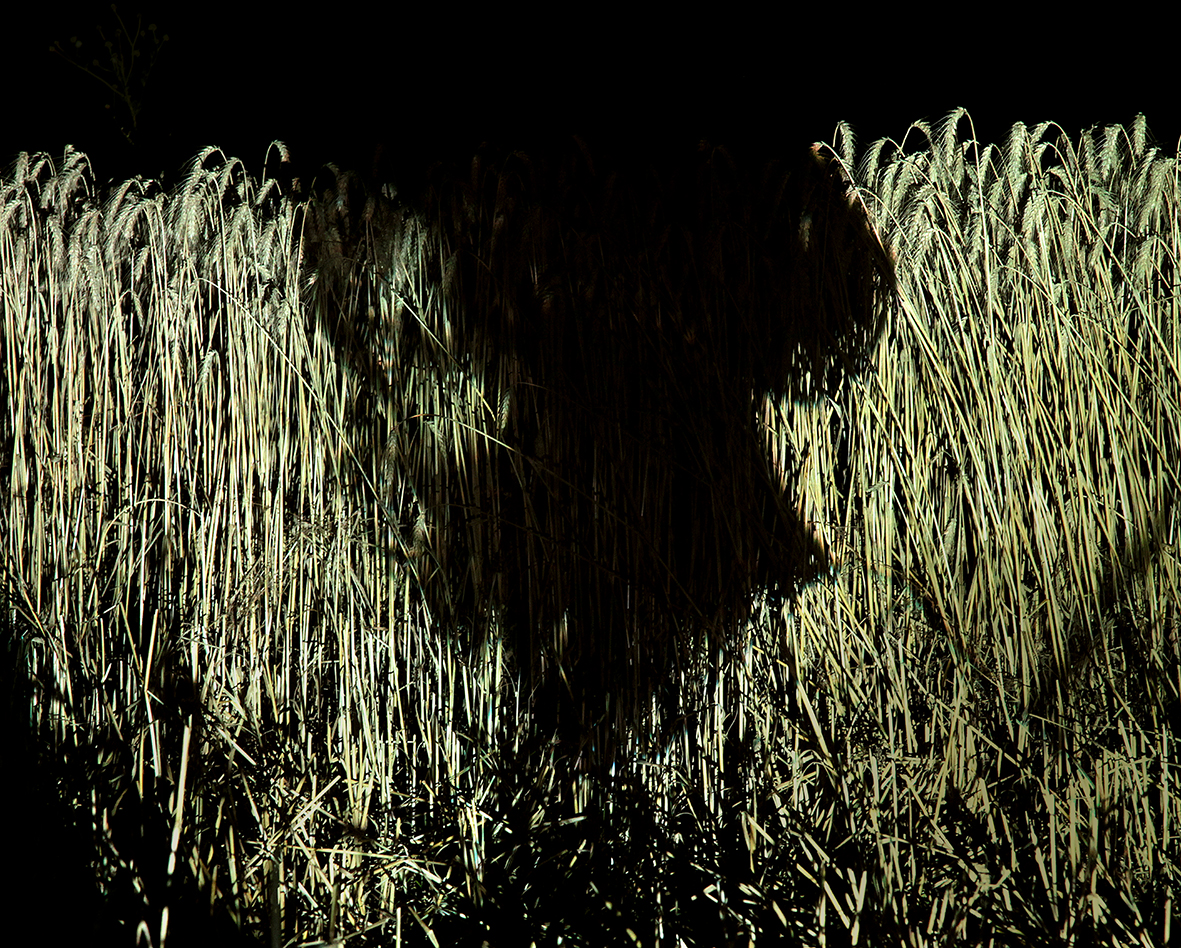 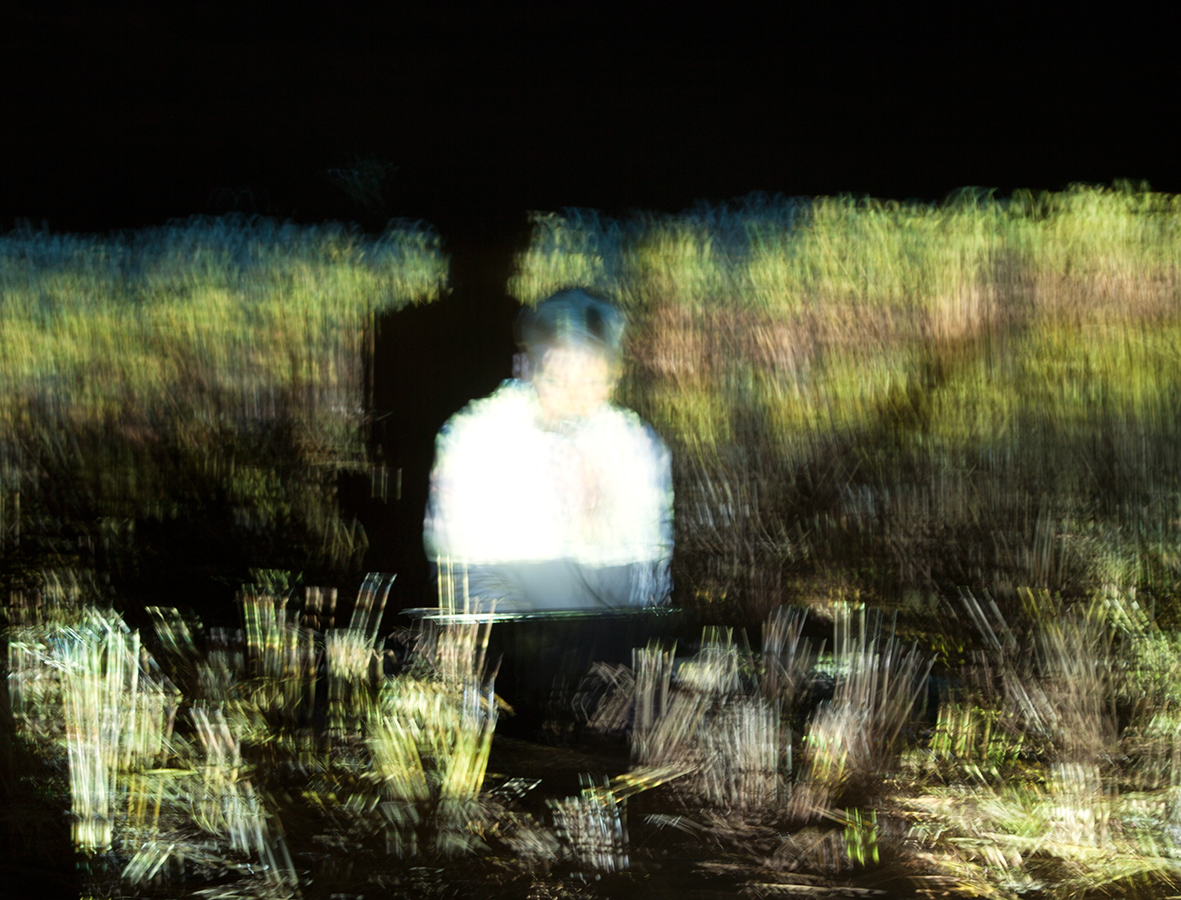 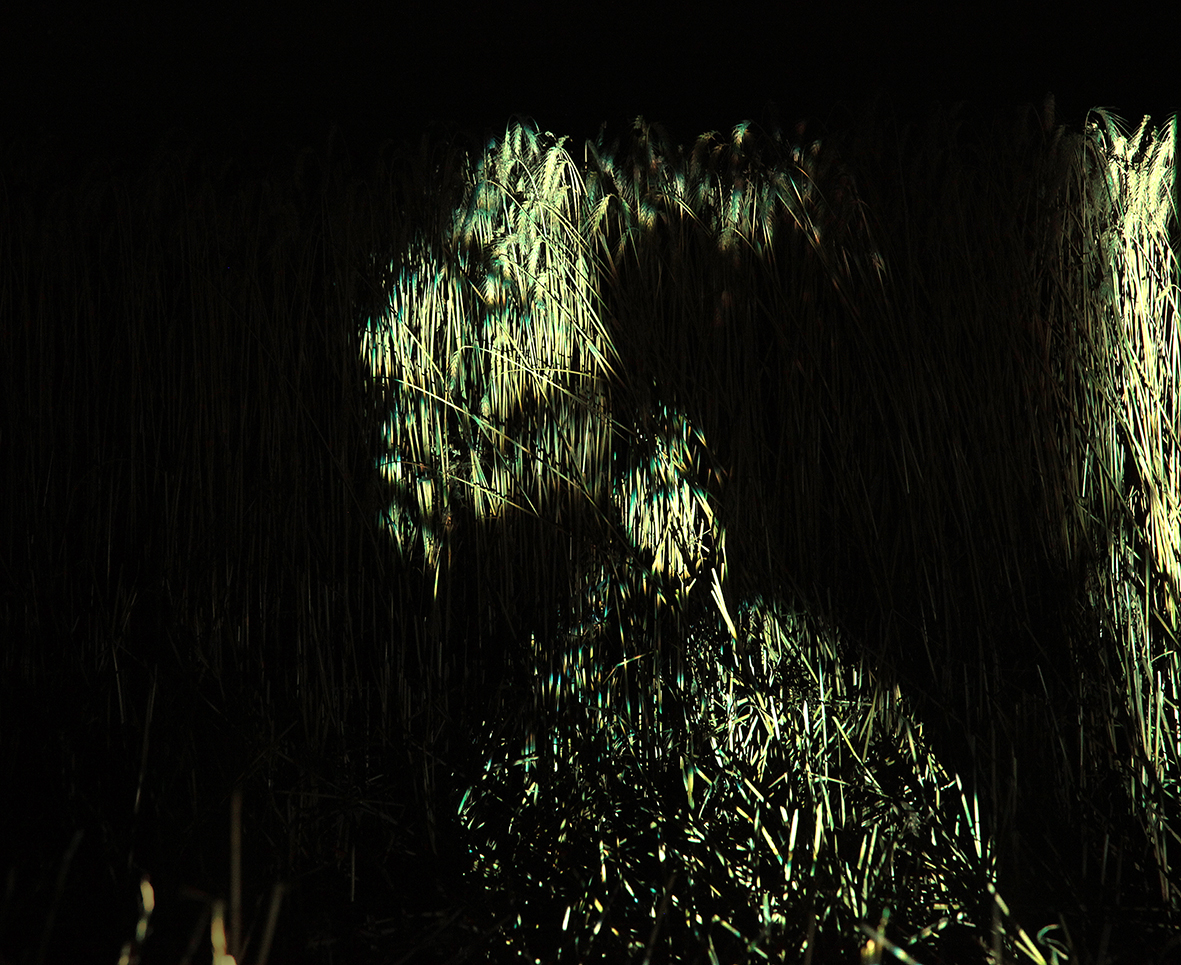 in the works (wb) fieldworx and rest in a wheat field, i collaborate with my colleague Anna Brosch. the base of the work is the elliptical form of the earth’s mantle. this ellipse was mown from us by hand with a scythe into a wheat field, which was organically cultivated. just like farmers did in the past. the wheat field is located close to Stronsdorf in Lower Austria. the cut-out form served as the stage of a performance. with a beamer, i projected videos and photos onto the wheat and Anna created a sound collage on the computer. the inspiration was a South American folk song called “plantita de aleli”. the text of the song is a beautiful poem, which compares the life of a plant to the life of a human. the result is a visible sound collage — or, with other words, an audible and living projection. the photo material is made up of my own photographs and found footage. images depict important people that exert themselves for human rights and peace, artists such as Winold Reiss and Jakob Lawrence, as well as street scenes from Dakar (Senegal) and google maps screenshots.